Is Katy Perry too sexy for Sesame Street or is Elmo running “Hot n’ Cold”?

PBS cut Katy Perry’s Boobs and cameo on Sesame Street. Although the Parents Television Council called her cameo a “disturbing” performance, Elmo enjoyed Katy’s singing and playing dress up. Parents Busted up the season premiere of Sesame Street scheduled to air Sep 27 by eMailing their complaints about Katy’s Boobies and cleavage.

Apparently, Elmo can run around nekkid in the Muppet Nudist Camp as acceptable family programming yet, airing out boobies and cleavage is offensive. 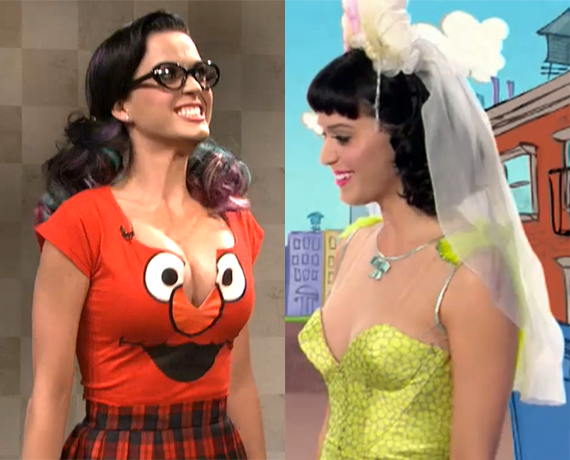 C is for Censored and M is for making a Mountain out of two molehills.

“Today’s show is brought to you by the number, 38 and the letter, Double-D”…
Vodpod videos no longer available.