Year Of The Tiger

Live from the Beaver Brook Golf Course, Tiger Woods blames Beavers for polishing his golf club and his self-centered game of infidelity in the Year Of The Tiger… 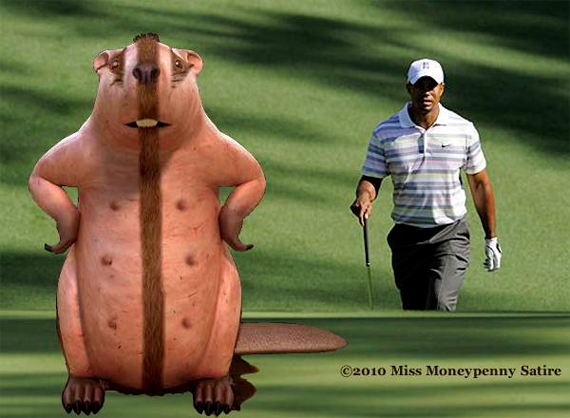 Tiger Woods blames the Beavers for the self-centered game of his affairs.

Will Tiger Woods Branch out to more Beavers in 2011?

For Music Monday, Tiger by the Tail – Tiger Woods parody

Drop your Pants for the Testicle Screening of America’s new Groping Procedures. http://tinyurl.com/3885sxp

(1) Ironically, some of the attributes for the Chinese Year of the Tiger are: