← The Minions of Despicable Me Gingrich
Forward to Obammunism →

Sarah Palin is the Rose between two RINO Thorns 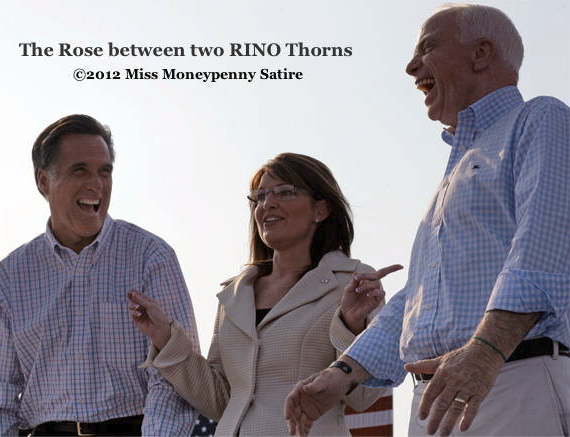 The Rose between two RINO Thorns

Although Palin is widely popular as a social conservative in the Tea Party and the right-wing of Republican Party, Sarah was a progressive governor who raised taxes on Big Oil and distributed oil revenue to every Alaskan according to Matthew Zencey’s book, “Unlikely Liberal: Sarah Palin’s Curious Record as Alaska’s Governor.”

The Conservative Contradiction of Sarah Palin…

The Jeopardy of Sarah Palin

Sarah Palin: “If I only had a Brain”

← The Minions of Despicable Me Gingrich
Forward to Obammunism →